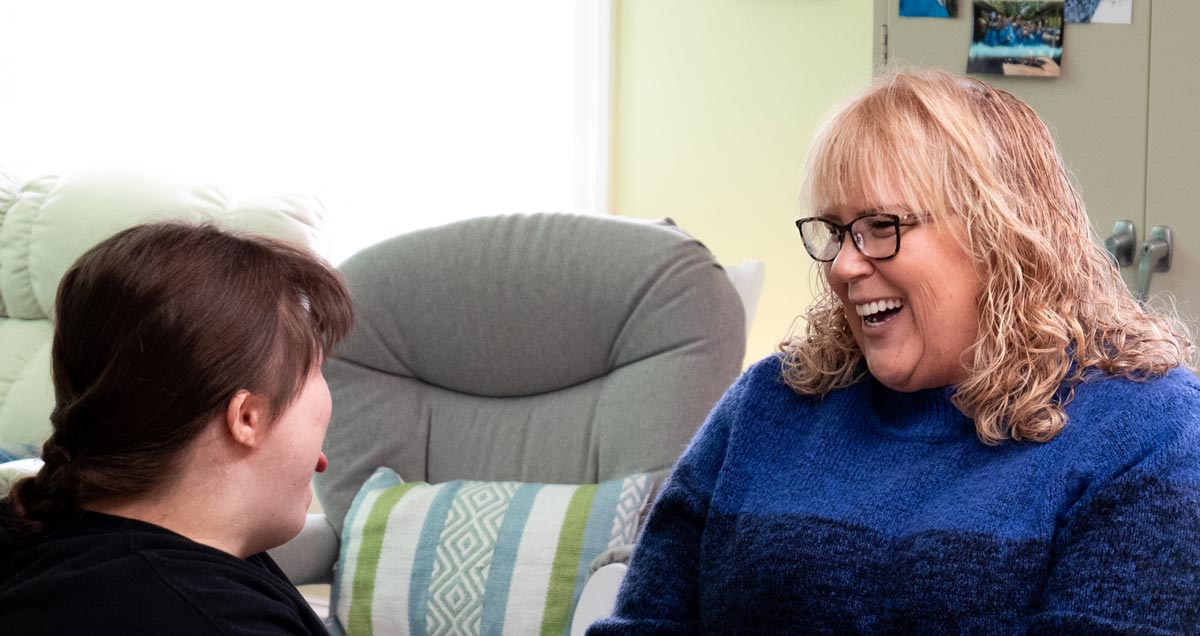 My Mother always said God has a sense of humor. The more I learn about the stories of God’s people the more I think part of that sense of humor must be a delight in taking something a person says they will never do… and transforming them until that very thing becomes a source of joy and an expression of God’s love for them and others.

“When I come to church and I see hairdressers doing hair in the bathroom and accountants doing books in the hallway… maybe then.. MAYBE I’ll teach on Sundays!”

Susan was weary. Mother to two teenagers and a toddler, teaching a class of some of the toughest inner-city boys in Raleigh… Sunday was Susan’s chance to have a break. “I’m taking my minute.”

The last thing she was going to do on a Sunday morning was more teaching. She was happy to help in other ways, but was determined to draw the line at teaching.

Susan’s 3 year-old daugher, Allison, started becoming sick… a lot. As she began continually running fevers, Susan and her husband Tom took turns missing work to stay with her. Taking her from doctor to doctor to try to get the illness under control.

Finally Susan and the doctors realized the one thing they hadn’t tried was pulling Allison out of daycare, keeping her at home with Susan in a more controlled environment. Susan would have to leave her job if that was going to work.

With 2 kids in college it wasn’t a good time to become unemployed, but the Family Medical Leave Act had just been passed and Susan was able to become one of the first beneficiaries of the new program.

“So I went out on FMLA… took Allison completely out of daycare and she had the nerve to get healthy!”

She had no choice then, Susan quit her job so she could take care of her daughter and giver her immune system a chance to recover and develop.

A couple of years later Allison turned 5 and it was time for her to start school. Susan was fearful that Allison might not be able to handle the school environment, what if it was too much for her immune system, like daycare was?

With these fears in mind, at first Susan refused to go back to the classroom, even when her old boss asked her to come back to work. She didn’t want to take a class then have to bail on them later if she had to pull her daughter out of school.

Susan’s boss was insistent though, if she wouldn’t take a class then maybe she could at least tutor one kid privately. Then another… then another… the hourly rate for working with these difficult cases was outstanding.

“So I was making money hand over fist. I’m not going to faculty meetings, playground duty, any of the planning beyond just my own. Easiest job around and I’m making quadruple what I’d ever done in my lifetime.”

The whole time Allison was staying healthy at school, and now the college bills for her other 2 kids were being taken care of. God had rebuilt her life, better than ever before.

One Sunday morning Susan was sitting in Sunday school when a wave of conviction fell upon her.

“God just went “I chose not to crush you with boils and locusts, I chose to crush you with kindness. I’ve taken and given you a healthy child, instead of a sick one. I’ve given you the last 2 years off with your daughter which you were dying to do anyway but you couldn’t financially figure it out, but you got 2 years with your daughter. Now I’ve given you a job where you’re making more money than you’ve ever made in a lifetime and probably ever will. Off of a talent, a skill, that I gave you. And you won’t use it for me? Just an hour or two on Sunday?”

Susan knew her life could have gone very, very differently. Her daughter could have remained strangely ill or worse, they could have been financially destitute with 2 kids in college and a sick child… but no.

I was so convicted… with kindness with blessings, not punishment but it hit me so hard.

Susan knew exactly where God wanted her to go. She rushed down the hall, straight to the Precious Jewels classroom

The Precious Jewels is Salem’s class and ministry for Special Needs individuals. It has a dual purpose, a primary focus is reaching the Precious Jewels (PJ) kids for Christ. However the second function is also vitally important:

“…the other part is giving the parents an opportunity to come and worship. To give them the same chance I had, I would come to church and I would leave Allison in Sunday school, and then I’d go to preaching and I never gave it a second thought. I worshiped all I wanted, did whatever I wanted to do for the next 2 hours… Parent’s of special needs, not an option. Just not an option.”

For many families it is impossible for them to come to a church, or at best maybe one parent can come at the time while the other parent stays with their child, but even that isn’t practical for many.

Working with the Pjs is a joy for Susan and the rest of the Precious Jewel’s team. They look forward to resuming some of the special events that they were able to hold pre-Covid, such as summer camp and the Fall Hay Ride. The Fall Hay Ride especially used to draw upwards of 75 people.

“That’s a significant number of people that are affected, people that love these children, love these families, and I just want them to have the love of Christ.”

In the week to week time on Sunday mornings there is a celebration in the little things. When one of the PJs volunteers to pray or share prayer requests. Or connect the lesson to their lives or the activity time.

Susan recounts how they used to get volunteers from the Youth who would come down and hang out with the PJs. Doing puzzles, coloring, or whatever activities they wanted.

“It’s hard to tell who got more out of the experience, the 10th graders or the precious jewels.”

Impact of the Ministry

“I will train anyone”

Between COVID and everything else, Susan says they’ve lost about 2/3rds of their volunteers. If anyone is willing to help, it’s not difficult. There is very little to learn, and Susan will train anyone. Just come to love on the kids, play with them, care for them.

The Precious Jewels ministers to families who are in desperate need of help and hope. There is a huge population of families with special needs children in our area.

How Can We Support Them?

There’s an “army” of people that keep the Precious Jewels ministry going, not just Susan, and they all can use your prayers as they minister to these families.

A lot of the children in Precious Jewels have health complications that can become much more serious, even life-threatening, at a moment’s notice. Continual prayer for their safety and the struggles the families face is also of immense value.

Do you have a story of God’s work to share? Let us know! Send your story ideas to Andrew at aosborne@salem-bc.org.

Waiting for Emory: An Adoption Story

Journey to Bethlehem: Sharing HIS Story

Music, Unity, and the Greatest Story Ever Told